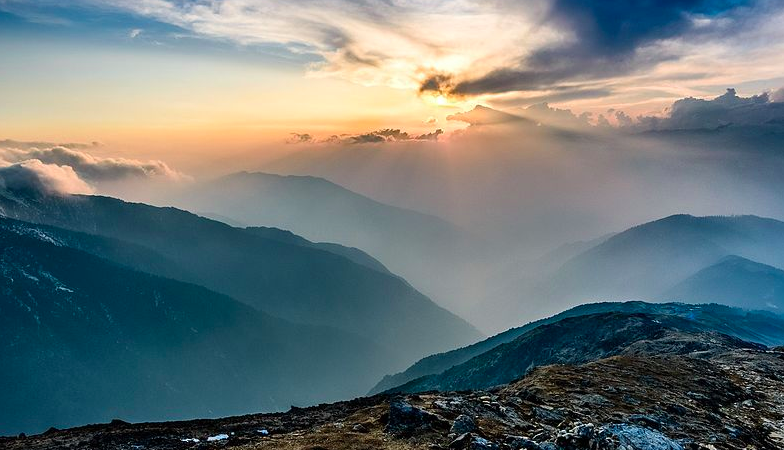 LAWRENCE — A $335,000 grant from the National Science Foundation will enable geologists and engineers at the University of Kansas to better understand the processes that produce earthquakes and to help people in earthquake-prone Nepal build safer structures.

Mike Taylor, professor of geology, and Elaina Sutley, assistant professor of civil, environmental and architectural engineering, are co-principal investigators on the grant, which includes researchers from the University of Houston and Virginia Tech University. KU's portion of the grant is nearly half of the $750,000 funding for the three-year project.

"The major populations on this planet occur near subduction zones," Taylor said. "That is why it is so important to understand subduction zone earthquakes. We suggest that studying the Himalayas can be particularly helpful because this may be a continental version of a subduction zone system, which is typically under kilometers of water — in the Himalayas, it's not. You can walk around it. You can actually see how the fault systems interact."

Using imagery from satellites and drones, on-the-ground mapping and geochronological methods that date rocks through chemical analysis, KU geologists will produce a detailed map of the Western Nepal Fault System, which only became known in 2013 when Taylor and his colleagues identified it. The geologists will also measure the magnitude of slip (movement) within the faults in the system, their slip rate and the recurrence of large earthquakes over time.

KU engineers will take the results of the geologists' work to identify the most seismically hazardous areas, determine the best land-use practices and the most cost-effective and culturally appropriate ways of retrofitting existing buildings to withstand earthquakes and constructing sturdy new ones. Understanding the intensity and frequency of earthquakes is key to building safe structures, Sutley said. Just like buildings in earthquake-prone San Francisco must meet different standards than those in the seismically stable Midwest, structures will have to withstand different dangers in different parts of western Nepal.

"We will be working closely with colleagues and people in Nepal to find methods and approaches that are culturally appropriate," Sutley said. "We want to do something that has the highest chance of adoption in Nepal."

Also on the KU team are Richard Styron, a research associate in geology; Liba Daniel, a master's student in engineering; and Andrew Hoxey, a doctoral student in geology.